The Indonesia – Australia Digital Forum (#IADF) was a two-day conference held on the 31st January and the 1st February 2018. This event was a joint initiative between President of Indonesia, Joko Widodo and Prime Minister of Australia, Malcolm Turnbull. The objective was to build new areas of cooperation, and to drive momentum in Australia’s commercial links with Indonesia’s vibrant “digital economy”.

This initiative comes as various reports indicate that the Indonesian government is thoroughly increasing the investment in digital technology. The Jakarta Post reports, “Indonesia records $4.8 billion investment in the digital economy”.

One area of significance is digital health as Indonesia, the fourth most populated country in the world state they will provide all 260+ million citizens affordable healthcare by 2019 and in turn, combat the circulation of counterfeit and expired drugs which will result in increased healthcare for all citizens. As Indonesia is projected to become the 4th largest economy by 2045, currently, Indonesia ranks 92nd out of 191 countries in health system performance as measured by the World Health Organisation and they are investing in digital technology to remove this negative stigma. 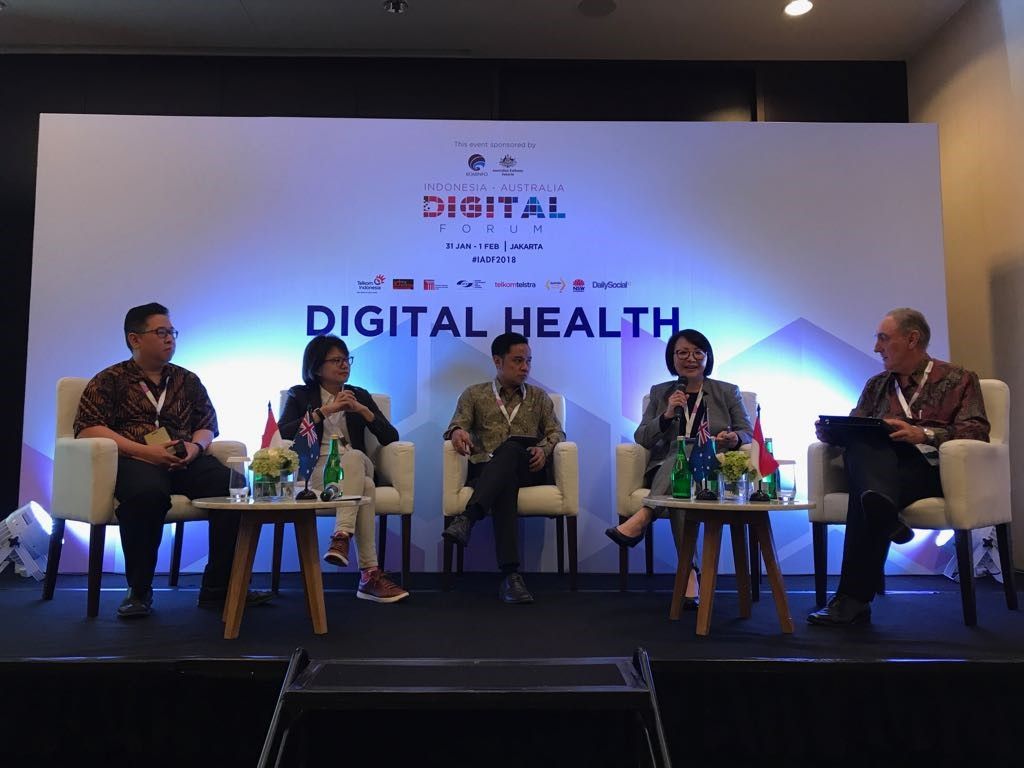 'Roundtable Discussion: Innovations and innovators – sharing what Indonesia and Australia can bring'

The Move Towards Digital Health Technology

In 2017 the PNORS Technology Group signed a Memorandum of Understanding (MoU) with the Government of Indonesia’s Agency for the Assessment and Application of Technology (BPPT), with the intention of bringing Australian digital healthcare technology to Indonesia.

This system, the Indonesian Health Exchange (IHE), is based on the foundations of the Australian Pacific Health Exchange (PHE) which hosts the exchange of information between some of Australia’s and the world’s largest health organisations. However, the ITE is modified to incorporate processes and localised technology from Indonesia.

The Australian Trade and Investment Commission (Austrade) invited Paul Gallo, CEO and Founder of the PNORS Technology Group to present as a keynote speaker. ‘The Next Big Thing’, was Paul’s presentation topic which was an informative TED-Style talk where the audience was encouraged to imagine the world and the user experience five years from now utilising advancements in digital health technology.

The Next Big Thing

Through Paul’s years of experience and research into healthcare technology, Paul envisions that we will move very rapidly towards proactive rather than reactive health care as the growth of big data will help the Indonesian and other countries governments to provide superlative quality services to all citizens.

However, the data will need to be stored in a centralised hub. Paul referred to this as the eDHL (eHealth Data Locker). The eDHL is a cloud-based application environment that you can connect to via multiple devices, but primarily the smartphone.

“Imagine the eHDL allows you, the individual, to push and pull data to and from your eHDL to others, whether they are other individuals or groups or large organisations - and vice versa. An individual's data privacy concerns can be assured via the use of blockchain technologies, and metadata will be available at the national level for predictive and proactive health initiative programs”, says Paul.

What Does This Mean for Indonesia?

As Indonesia moves towards their goal of affordable health care by 2019, and the push towards all citizens receive international standards of care, digital health technology ultimately empowers Indonesian citizens to make informed decisions about the state of their well-being. For the Indonesian government and local healthcare providers, it allows them to save considerable amounts of resources, resulting in increased patient experience as the savings can go back to patient well-being. This collaboration between PNORS and Indonesia will ultimately deliver safer, more efficient, better quality healthcare standards to all citizens of Indonesian.

What Does This Mean to Australians?

It was evident during the 2-day event that by both Australian’s and Indonesian’s alike across public and private sectors acknowledged the importance of collaboration in digital health and other digital initiatives across the other streams of business present in the forum. The mere fact that Indonesia is the 4th largest population in the world coupled with close proximately to Australia only serves to strengthen this collaboration between both Nations. Australia, ranked number 9 in the study by the World Health Organisation, is at the forefront of digital innovation and this will bring many opportunities for Australian based companies and entrepreneurs to expand their horizons.